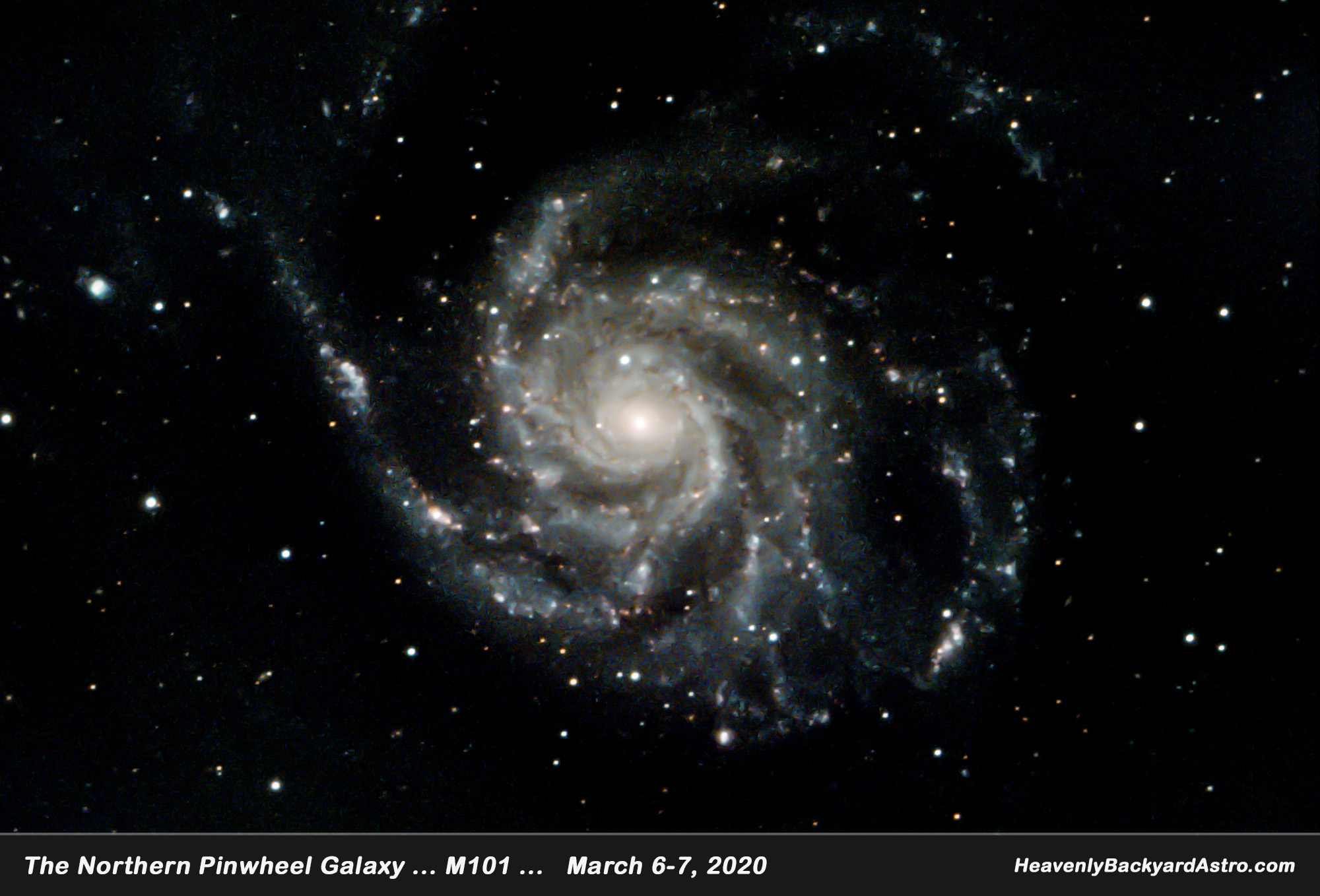 This galaxy is also known as Messier 101. The galaxy is high in the NE at midnight in early March near the Big Dipper in the constellation of Ursa Major. I took this with the Celestron 11" telescope at f/7 (using the 0.7x reducer). It is about 22 million light-years away. This large galaxy contains over a trillion stars! In comparison, our Milky Way Galaxy has about 250 billion stars. This is a 4hr 50mn exposure taken between midnight and 3 am on the nights of Mar 6 & 7 (Actually the morning of 7 & 8). Part of a 1hr 50mn exposure with no filter and a 3hr exposure with the Quadband filter. The moon was nearly full and interfered quite a bit.